Analyzing the recommended functions of a view controller.
K
Written by Kodika Team
Updated over a week ago 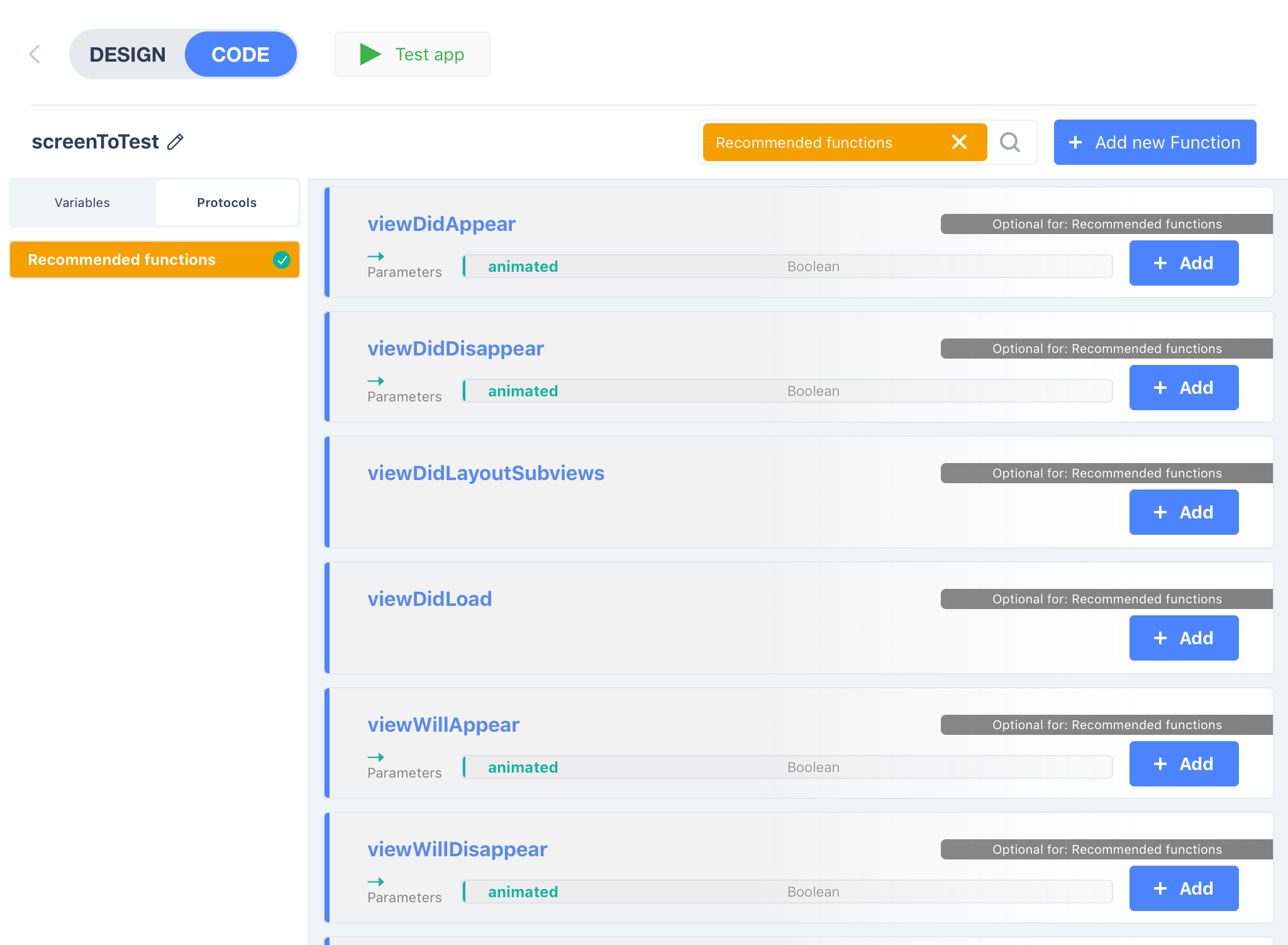 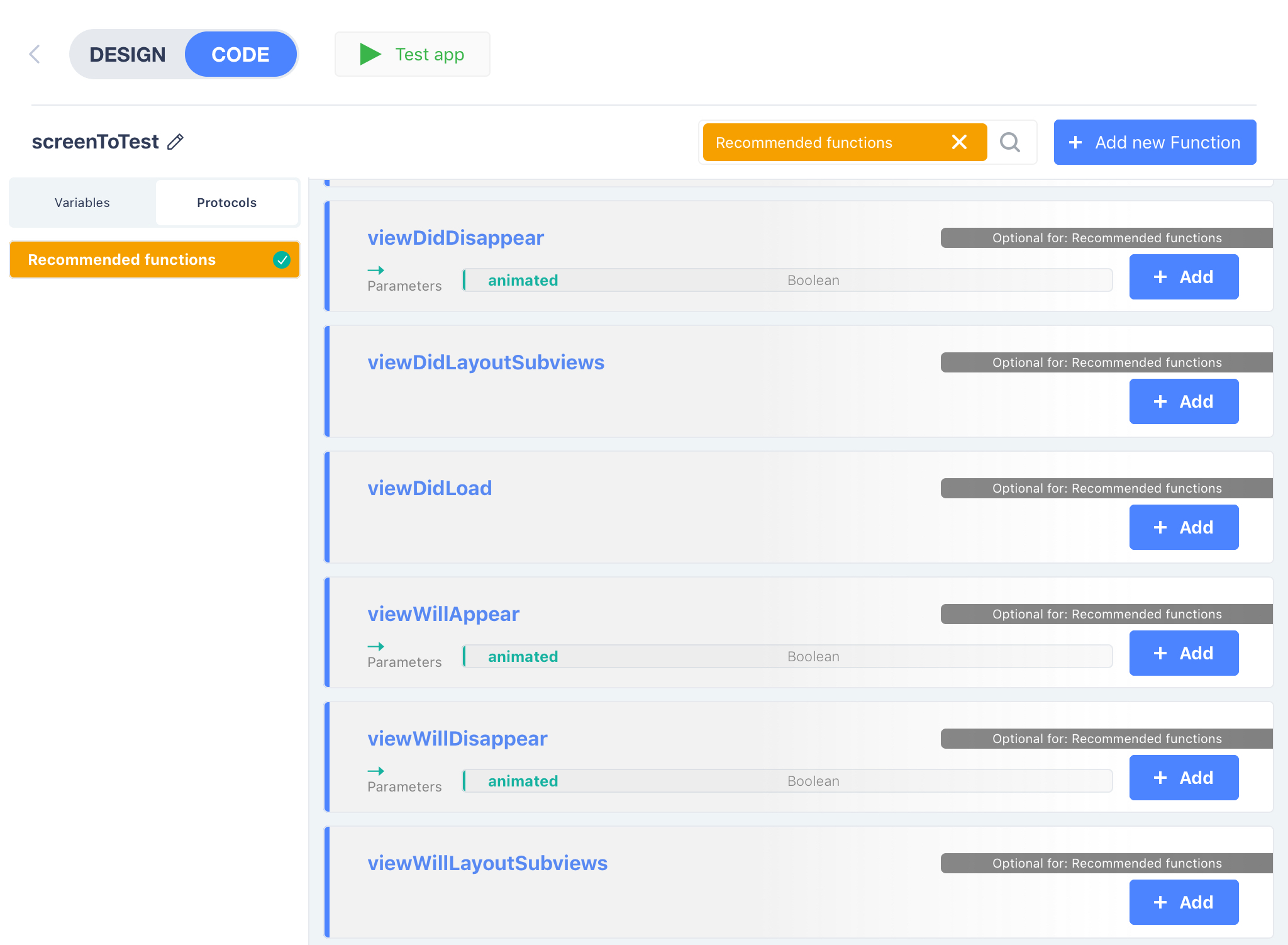 When discovering the protocols of a view controller you have created, you get to see the Recommended functions that we offer the user. The purpose of this article, is that by the end of it, you will be able to understand and use each one of them.

Did this answer your question?